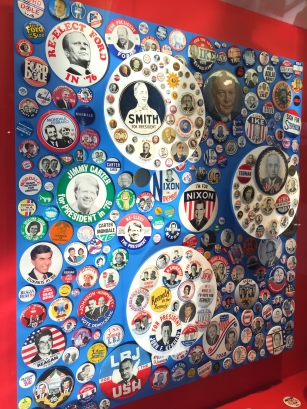 I was listening to the thoughtful, but now mis-named New York Times podcast, The Run-Up last night as they picked over the entrails of their US election coverage. Three educated contributors agonised over how the media collectively had called it so wrong. May I offer some thoughts?

Are journalists educated enough about being uneducated?

As budgets tighten and journalists are expected to bear more of their own costs (acting as unpaid interns, etc), are they sufficiently in touch with different lifestyles to their own? Had they been, they might have more effectively picked up on the degree of discontent in the American nation.

An alien passing through Philly Airport where the picture above was taken would have quickly discerned that people in the more manual jobs tended to be darker skinned. When were you last flown by a black pilot in the West?

Well, I was that alien a fortnight ago. It is clear to those who have eyes to see that the American Dream is only working for some.

“53% of white women voted Trump”, according to an exit poll. Really? And we’re still trusting polls after this spectacularly wrong call? Granted, exit polls tend to be more reliable than anticipatory polls, but even so… Shouldn’t we be a bit more circumspect? And there’s another thing wrong with that assertion…

We’re still ignoring the elephant in the room

The biggest single chunk of the vote wasn’t cast – around 43% on current estimates as I write. An accurately worded version of the headline above would have read “53% of women who cast their vote did so for Trump”. Yeah, it’s clunkier, but at least acknowledges that elephant. The first thing I noticed when in the States a couple of weeks ago was the lack of passion for either main candidate (see my previous blog, State of Disunion).

I didn’t call it right in the previous blog – but I did say how struck I was by the apathy. I can imagine a fair bit of delayed motivation fired up by non-Trump supporters now. But I’m not inclined to make any precise predictions!